Home » What To See In Berlin In One Day

After departing from Copenhagen, our first stop on the Norwegian Breakaway was Germany! We disembarked in Warnemunde on the coast and took a three hour train into Berlin. This was my first time in Berlin and I absolutely loved the history and vibe of this city. I know that Berlin is a popular city to visit among students, especially during a semester abroad, so I’ve created a Berlin travel guide of the must-see attractions!

This gate once separated east and west Berlin and is one of the last remaining original 18th-century city gates. This famous monument is a symbol of German history and unity. 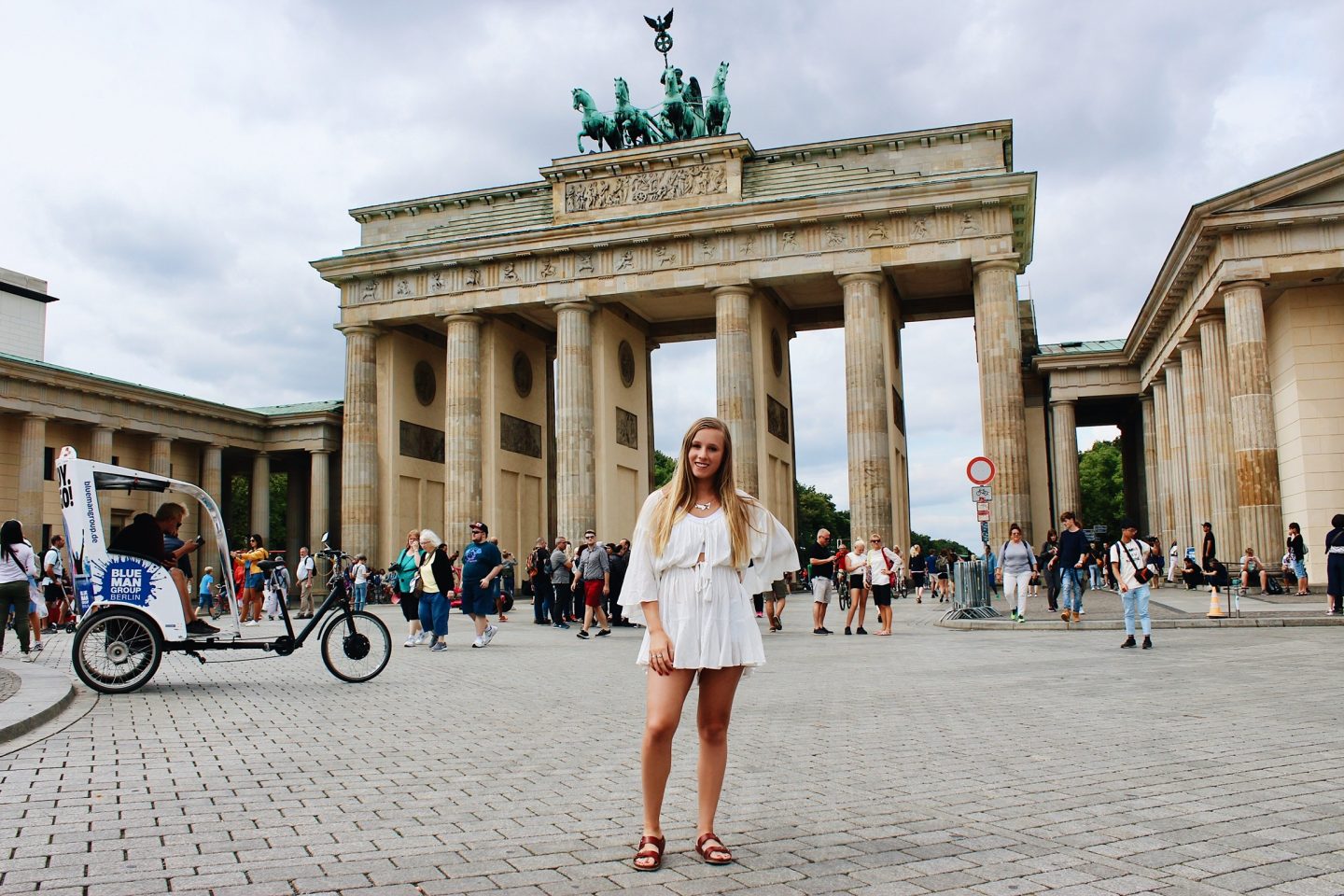 An open-air gallery on the original Berlin Wall in east Berlin. Hundreds of graffiti artists have done murals here, making it a popular photo-op and a symbol of peace and unity in the city.

This famous TV tower is the symbol of east Berlin and is located in the popular Alexanderplatz area of the city.

Pro-tip: There is a revolving bar and restaurant on top! 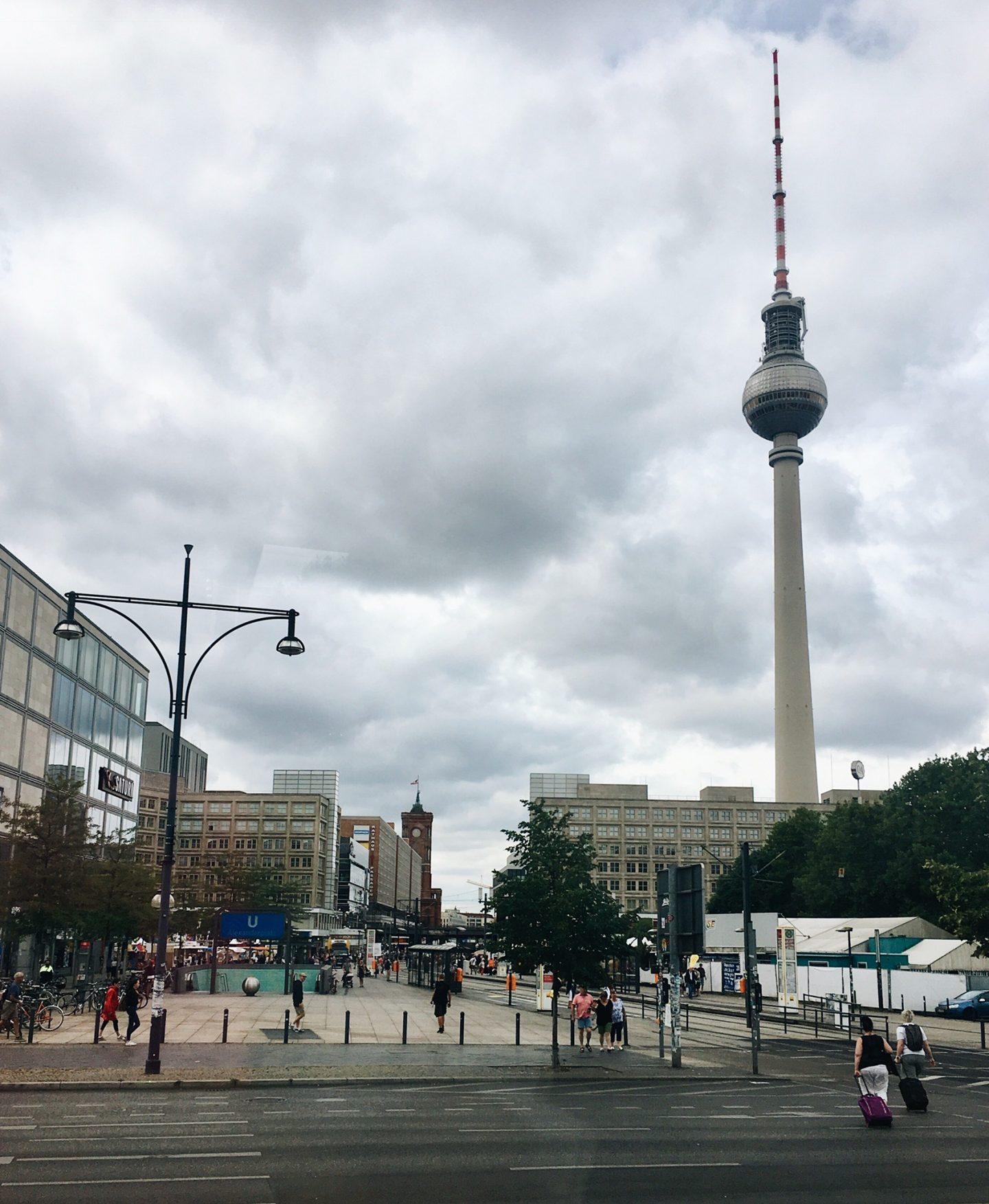 This iconic building suffered during WWII and has several bullet holes and patches on its facade to prove it. Also known as the Berliner Dom, you can visit this cathedral for free.

This building currently houses Germany’s Parliament and is most famous for its fires during the WWII era that led to the Enabling Act which allowed Hitler to rise to power.

Memorial of the Murdered Jews of Europe

This memorial is dedicated to the Jewish victims of the Holocaust. Its concrete blocks are positioned unevenly to make you feel uneasy and lost as you walk through the maze, creating a powerful experience that is said to replicate how it felt for those who were taken from their homes. 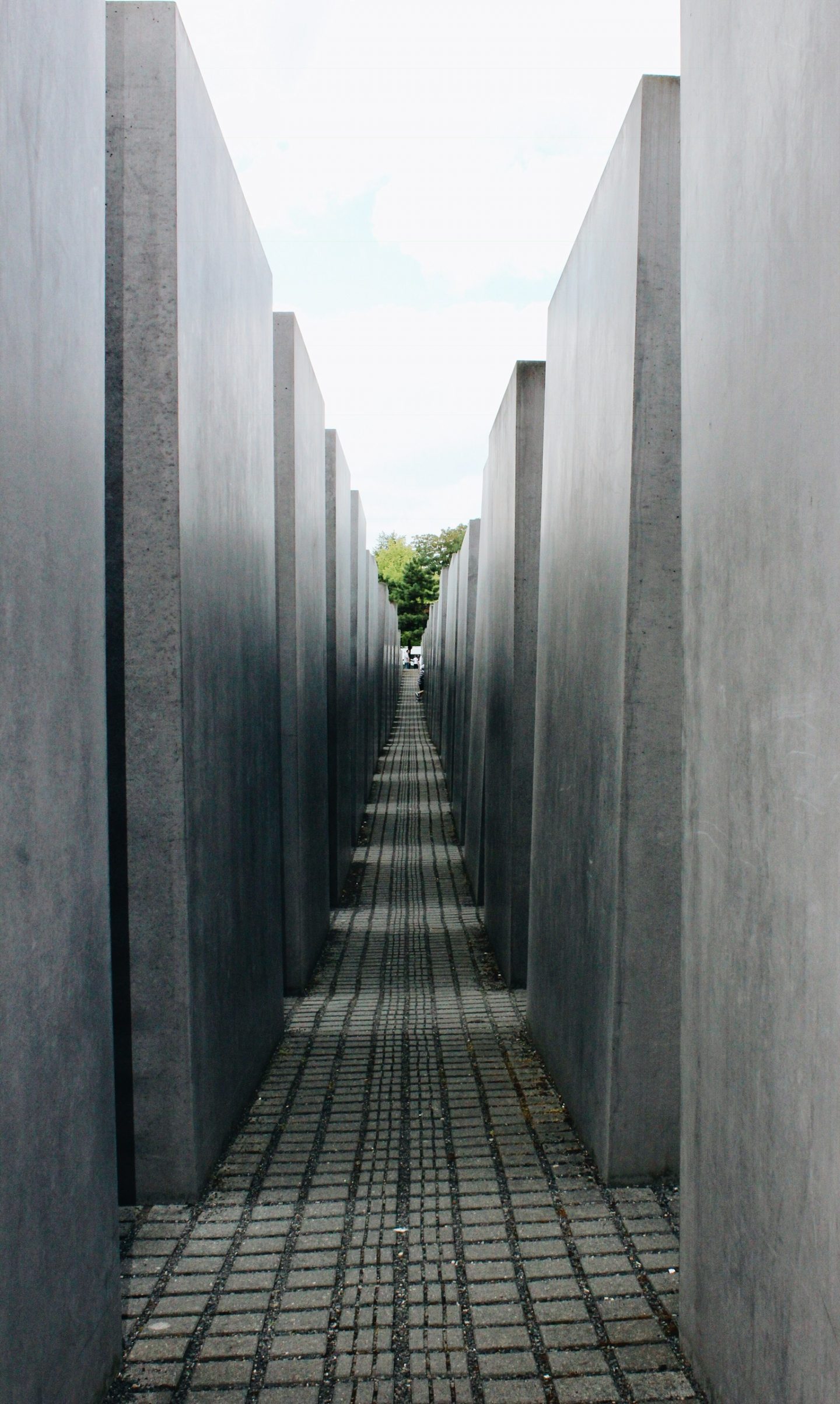 One of the three checkpoints in Berlin. This checkpoint marked the boundary between the US and USSR sides of Berlin during the Cold War. Today, there is a replica guard booth with “American” (I heard they’re Turkish) guards that you can take photos with. 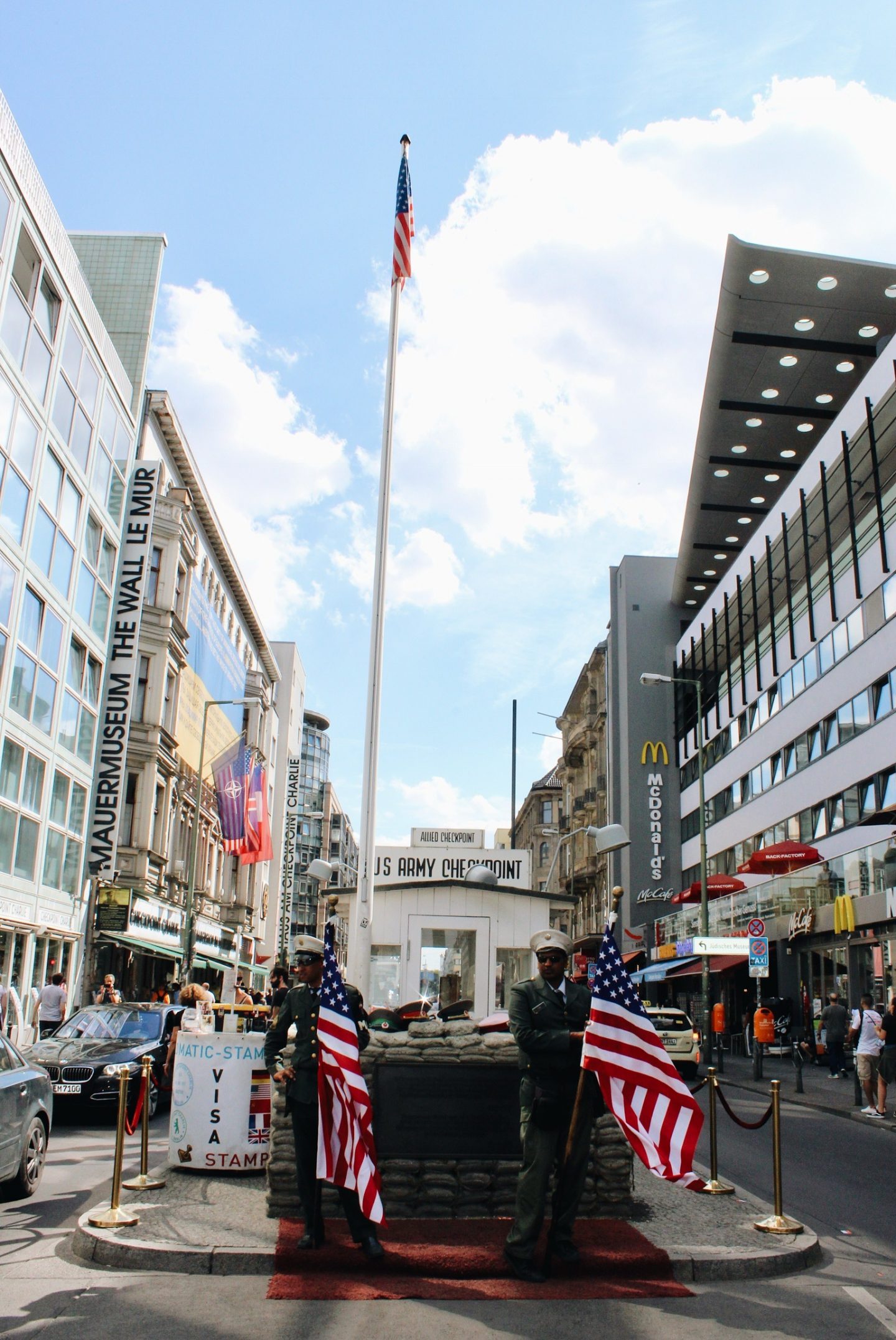 This chocolate shop, located in Gendarmenmarkt square, sells freshly made, mouth-watering treats made by German royal chocolatiers! I recommend visiting here and customizing your own box of truffles!

Legend says in 1949 a Berliner mixed together ketchup and curry powder and put it on a sausage and the currywurst was born! Now sold on every corner in Berlin, you can’t leave this city without trying this famous street food.

Pro-tip: Heads up- you’re either going to love it or hate it.

During the 1960s-80s east Germany was Communist and was called the German Democratic Republic. Ruled by the Soviet Union, they also took control of east Berlin, which became Communist as well. During this time period, the rest of Germany was split among the US, Britain, and France, and a wall was built around West Berlin to secure it from the Communist outside. The Berlin Wall began as barbed wire guarded by soldiers- an action that took place overnight- and later turned into a 155 km concrete wall that can still be seen today in some parts of the city. West Germans could enter east Berlin so long as they had the correct stamps in their passports, but east Berliners could not leave the Communist state until the wall came down in 1989 and unity was achieved- both for Berlin and all of Europe. 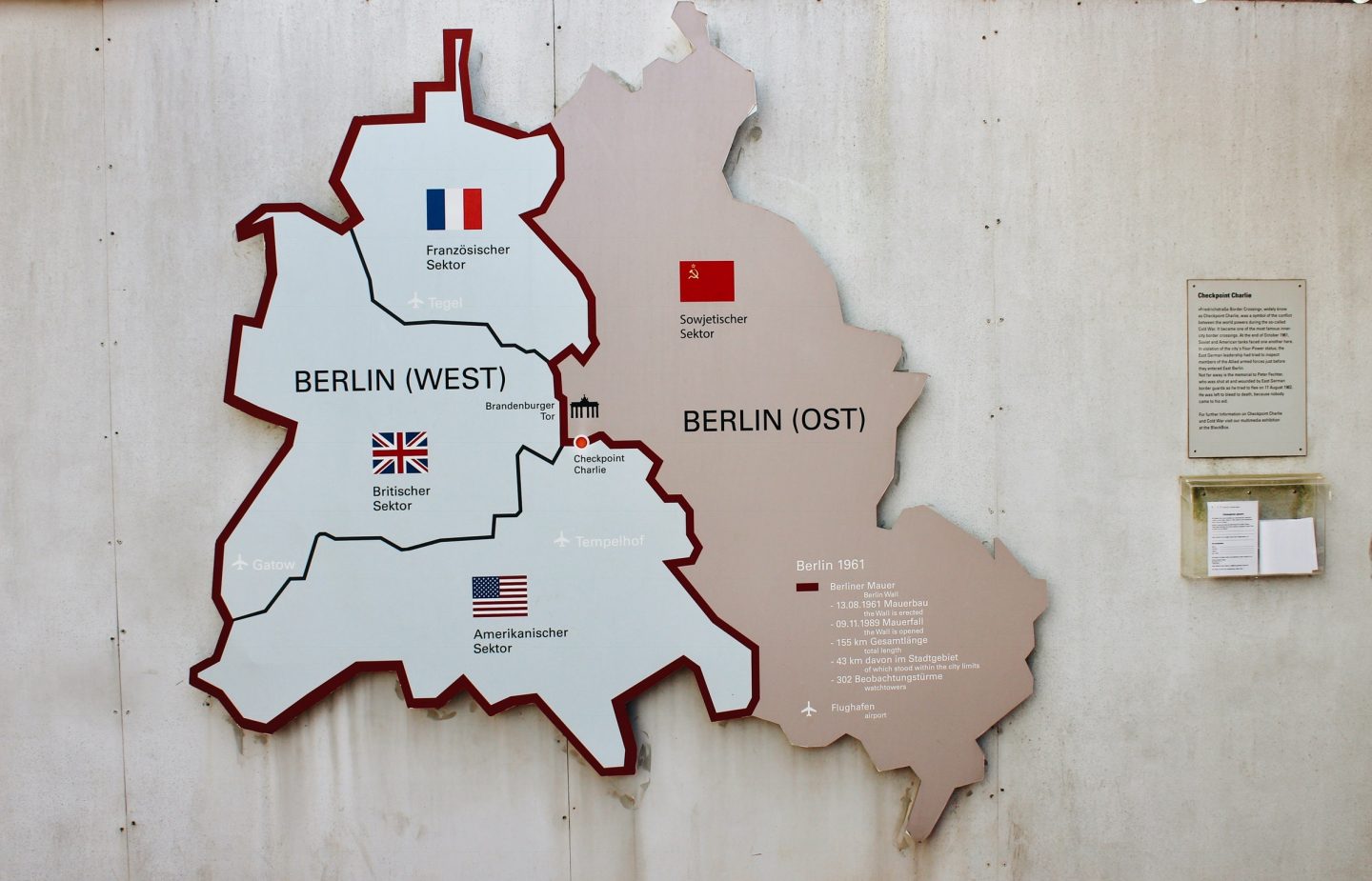 Berlin Travel Guide: Getting Around

Uber in banned in Berlin. My family and I walked around the city easily, but taxi or subway are other feasible options.

You may also enjoy:

A Very Exciting Announcement AND A Travel Q&A

Where I’ve Been In The World

Where I’ve Been In The USA